First, we miss our turn.

Our GPS has directed us to a small gravel road just off a two-lane highway, less than a mile outside of McMinnville, Oregon and we just didn’t see it coming. The road sign is handmade and nailed to an oak tree. After discovering our mistake and turning around, we serve our truck past pot holes full of spring rain to a modest farm with buildings which were passed down four generations and one that is brand new. It is within this new building Chapul Farms CEO Pat Crowley and his are attempting to revolutionize the world’s organic waste removal system.

Much about their project is, at this stage, small. But they have very big plans. 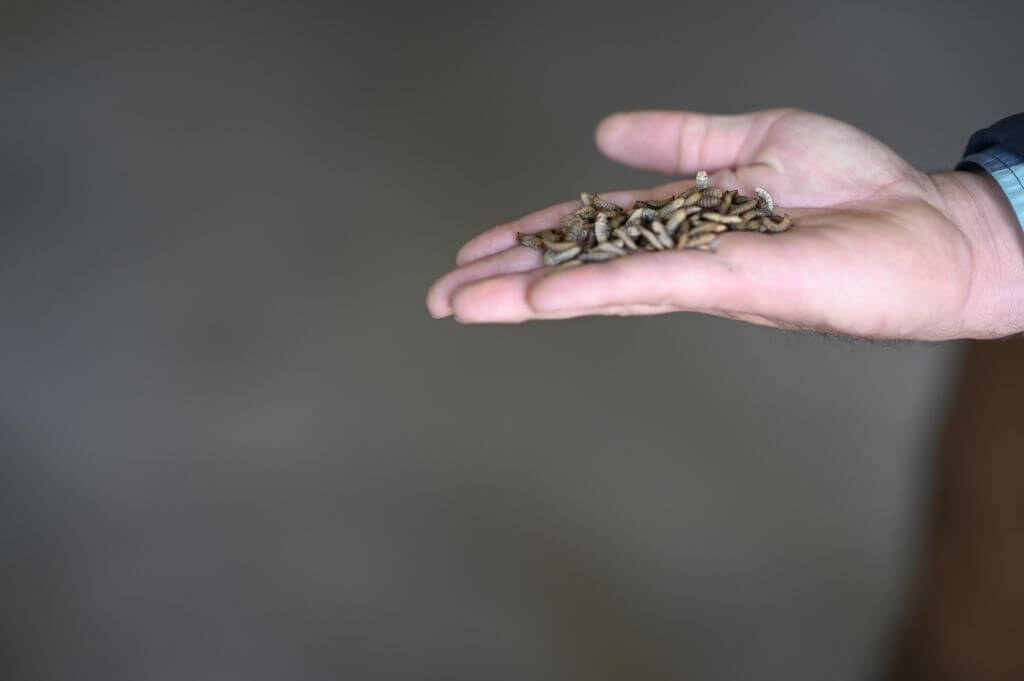 Pat and Director of Project Management Todd Severson (also an owner at Mac Market, a local collaborative eating, drinking, and gathering place in McMinnville) and the farm’s owner Ramsey McPhillips greet us as the sun breaks through the towering blue and purple clouds.

Crowley gives us the pitch.

Crowley and his team want to restore biodiversity to agriculture, soil, and planet earth for a more resilient, sustainable, resilient, and secure food system. The believe diverting organics from landfills is most actionable item to address climate change. The problem is the current system lacks the infrastructure and scalable technologies to make this shift. The solution? Black solider fly larvae.

“These larvae are remarkably efficient recyclers of nearly any organic material,” says Crowley. “At the larva stage, they are singularly focused on consuming as much material as possible. And they are very adaptive at this task. They aren’t picky eaters!”

On this sunny-but-cold morning, Crowley wears a dark sunglasses and a pristine trucker’s hat over his shoulder-length brown hair. He has the look and temperament of a relaxed-but-excited (let’s call it “stoked”) cold-weather surfer. But when he talks about soil, agriculture, and larva, he speaks with the confidence and clarity of a tech CEO. “We believe our system, if widely implemented, will make significant improvements to the world’s environment,” Crowley continues as he walks on the gravel path towards his new facility. “But even though we are solving an environmental problem, we are mostly making an economic pitch. Our system, we believe, can add enormous value while eliminating sizable costs.”

As we stand inside the metal barn Chapul Farms will use for research and development, Crowley and Severson explain the system by which they will turn black solider fly larva loose on the world’s organic waste.

Here is the simplified version: 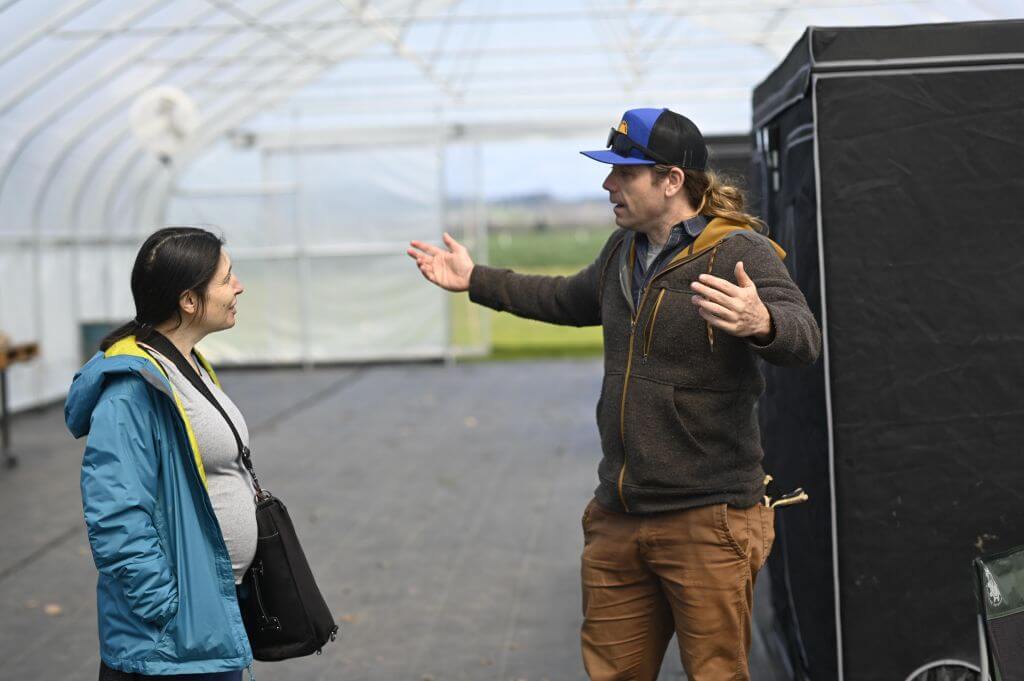 “Just to understand the scale,” Crowley explains, “just one acre of land used to raise BSFL can produce more than 130,000 pounds of protein every year, several orders of magnitude greater than yield of cattle which is about forty pounds and soybeans which is only about 950 pounds.”

We are shown renderings of the facilities Chapul is planning to build to process all this organic material. The facility is a clean, high-tech, and hyper-efficient, with the organic material moving through various processing stages via conveyor belts and robotic arms. During the larval stage, trays of organic waste and millions of larvae are stacked and move on enormous shelves, with the fine-tuned precision of an Amazon fulfillment center.

“Instead of moving packages, we are moving waste and insects,” says Crowley. “There is a lot of great technology being developed and constantly improved upon in the world of logistics. We get to borrow the best stuff to make ours work as efficiently as possible to get as much good stuff back in the soil while using as little resources as possible to make it happen.”

Right now, Crowley and his team do not yet have a facility working at the scale shown in the rendering. But as demand for alternatives to protein and fertilizer increases (which they believe it will), Chapul Farms will be ready to fill it.

On a small farm outside a small city in Oregon, the future is being built. McPhillips, the farm’s owner, is planning to bring more innovative thinkers, businesspeople, scholars, and researchers to his property to learn and share new (or, in some cases, old but rediscovered) methods to restore soil on farms all over the world.

Chapul Farms is helping build a better future, and letting larva do most of the work. 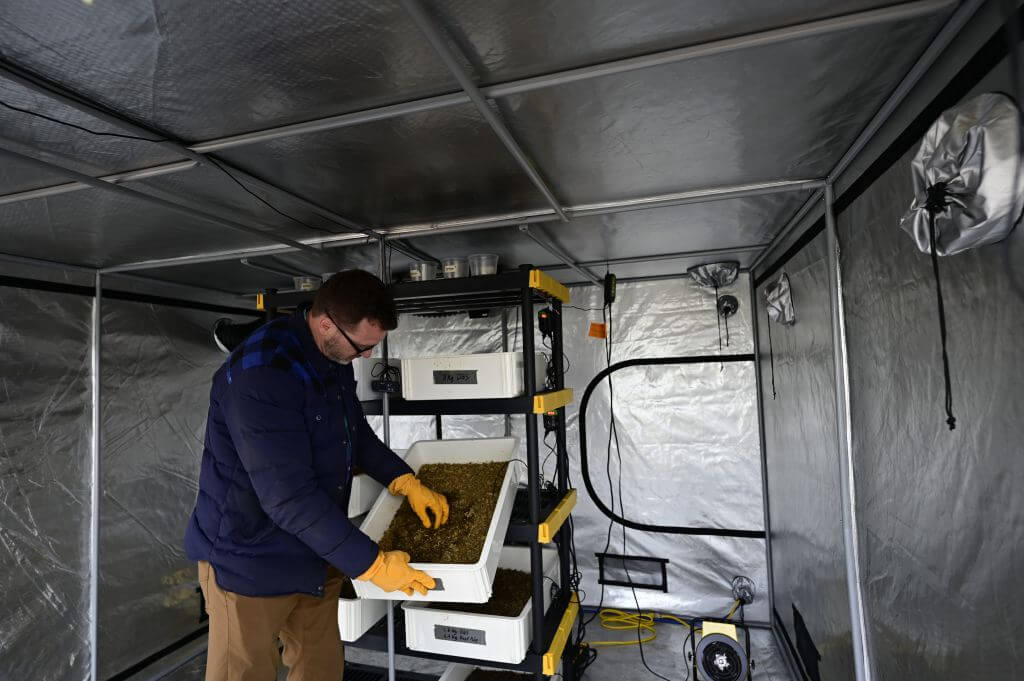